Here are some more images from my second visit to the Edwin B. Forsythe National Wildlife Refuge in NJ on June 24, 2013. It was such a great visit the first time I couldn’t resist going back.

Be sure to visit my Flickr page for full hi-res images. 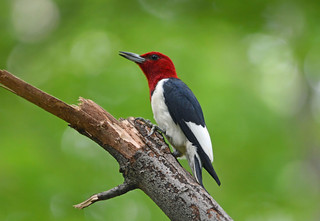 American Avocet with a couple of Laughing Gull friends

American Avocet with a couple of Laughing Gull friends

Clapper Rail with a crab showdown. This Rail was walking in the mud when the crab surprised it. The Rail pecked at it a few times and the crab defended itself. In the end, both went their separate ways. Clapper Rails usually eat crabs but this crab was too large for the Rail to handle.

© 2012 - 2014 Terence Wong. All Rights Reserved. Unauthorized use and/or duplication of this material without express and written permission from this blog’s author and/or owner is strictly prohibited. Excerpts and links may be used, provided that full and clear credit is given to Terence Wong with appropriate and specific direction to the original content.